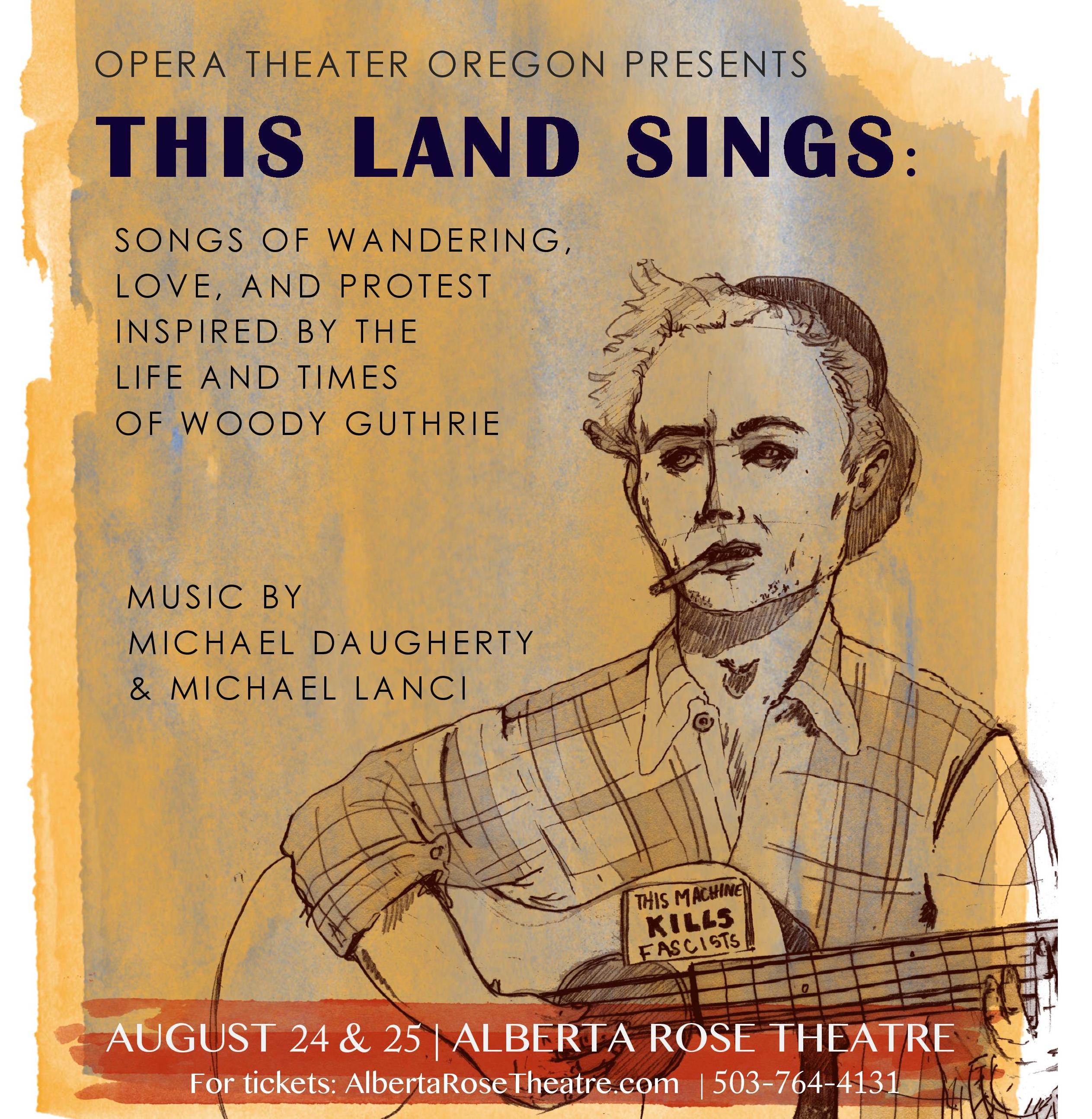 Opera Theater Oregon presented two special performances of This Land Sings by Grammy® award winning composer Michael Daugherty. In the format of an old-time radio show, Daugherty has created 11 original songs and five instrumental pieces blending original lyrics with music that often draws from the simple, yet enduring folk melodies that Guthrie would rework into his own songs. Daugherty’s stylistically eclectic work weaves the political, social, and environmental themes of Woody Guthrie’s era with poignant and contemporary relevance. Also on the program was rising composer Michael Lanci‘s award-winning Songs for Joe Hill, inspired by the protest songs of 19th Century labor activist Joe Hill. OTO’s presentation was the NW premiere of both of these works!

“Opera Theater Oregon’s tribute to Guthrie and Hill features expressive performances and timely message”… Oregon ArtsWatch, Sept 26, 2019
“This music kills fascists and opera”…. Oregon ArtsWatch, August 23, 2019
“…nobody in town is doing as much to promote new opera as Opera Theater Oregon under the co-directorship of composer Justin Ralls and singer Nicholas Meyer.”
-Matthew Andrews, OAW
“How bracing, refreshing and encouraging to see a shoestring-budget company such as OTO present such a high-quality and meaningful production”
~Angela Allen, OAW 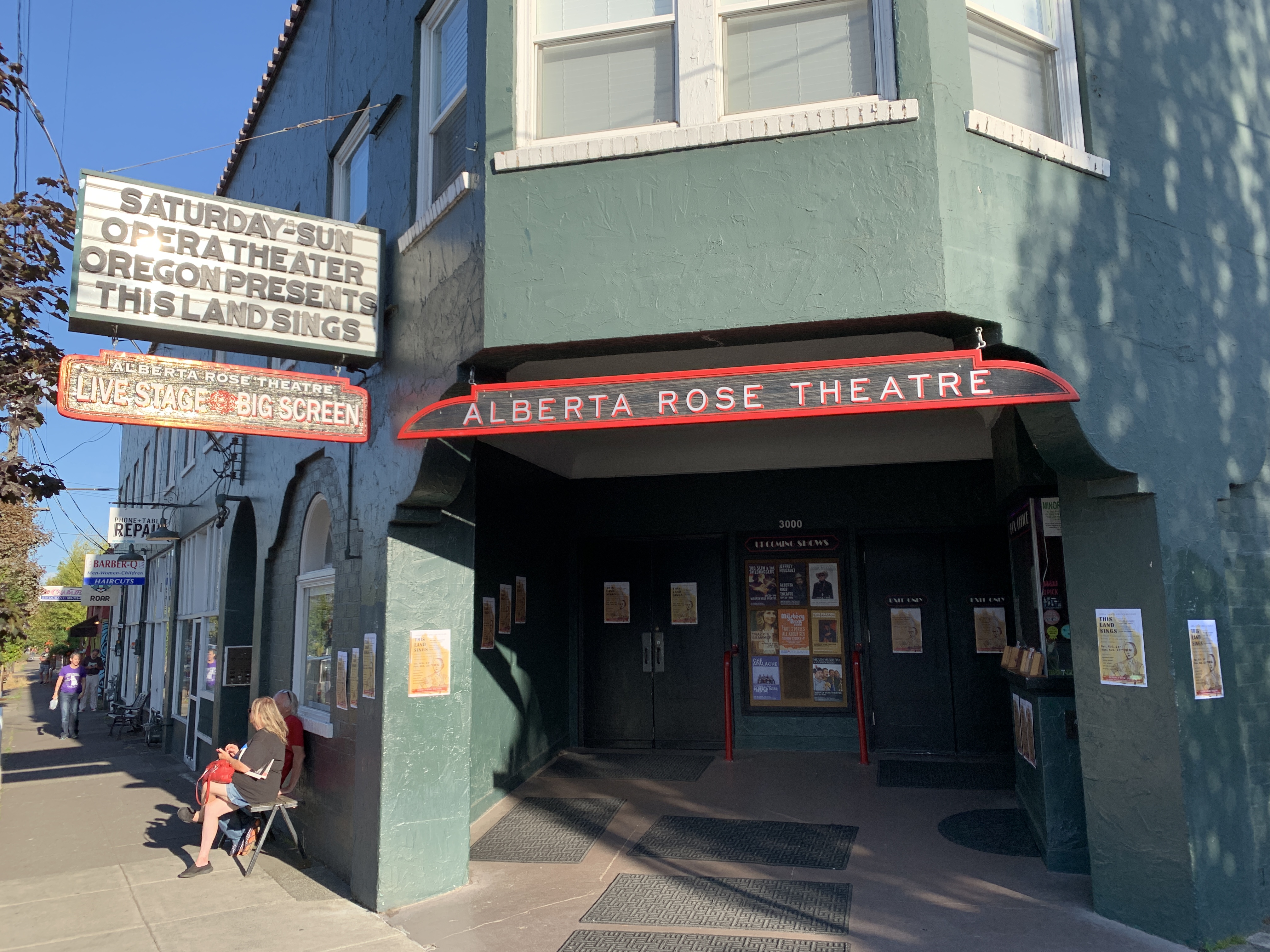 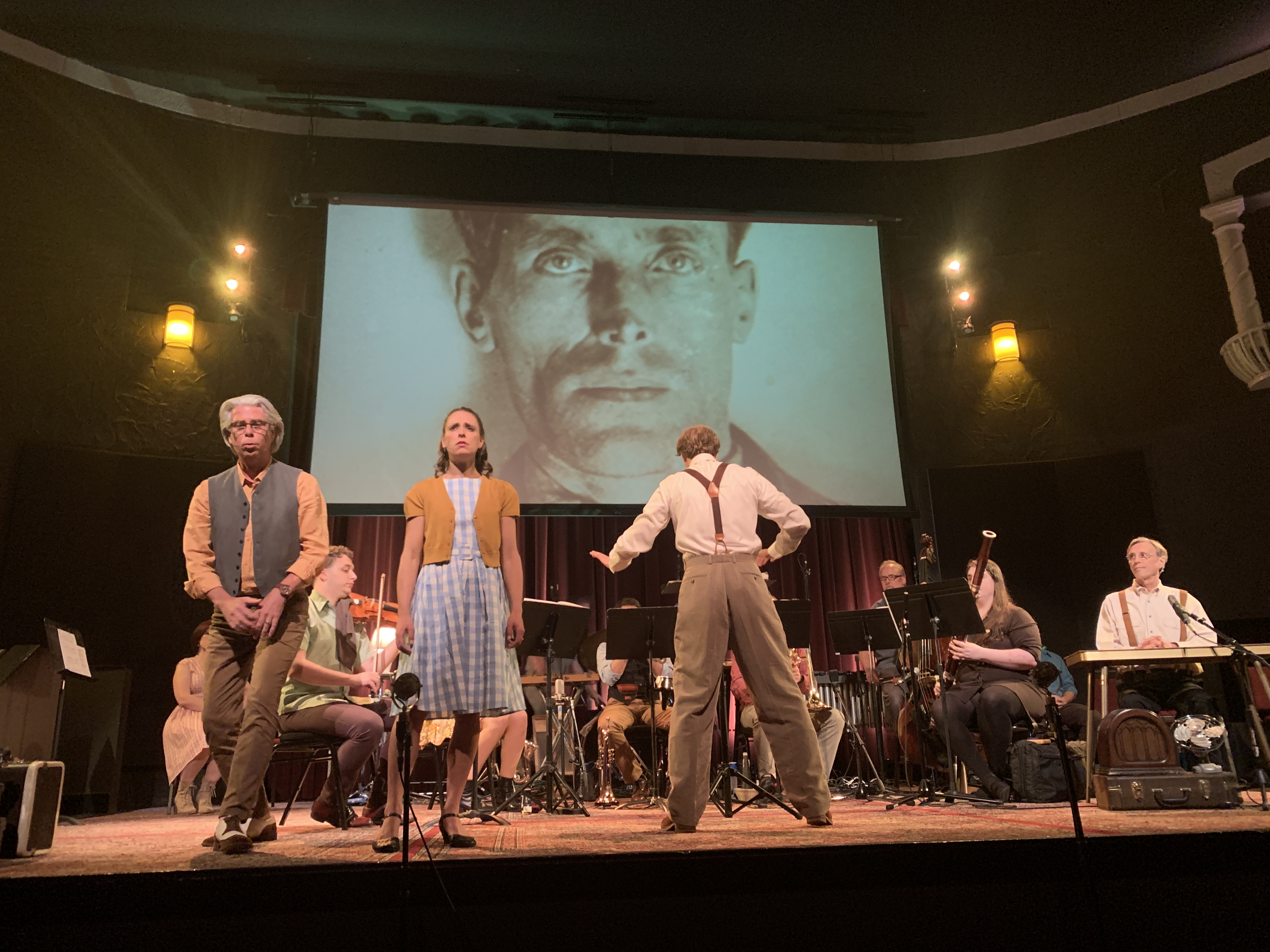 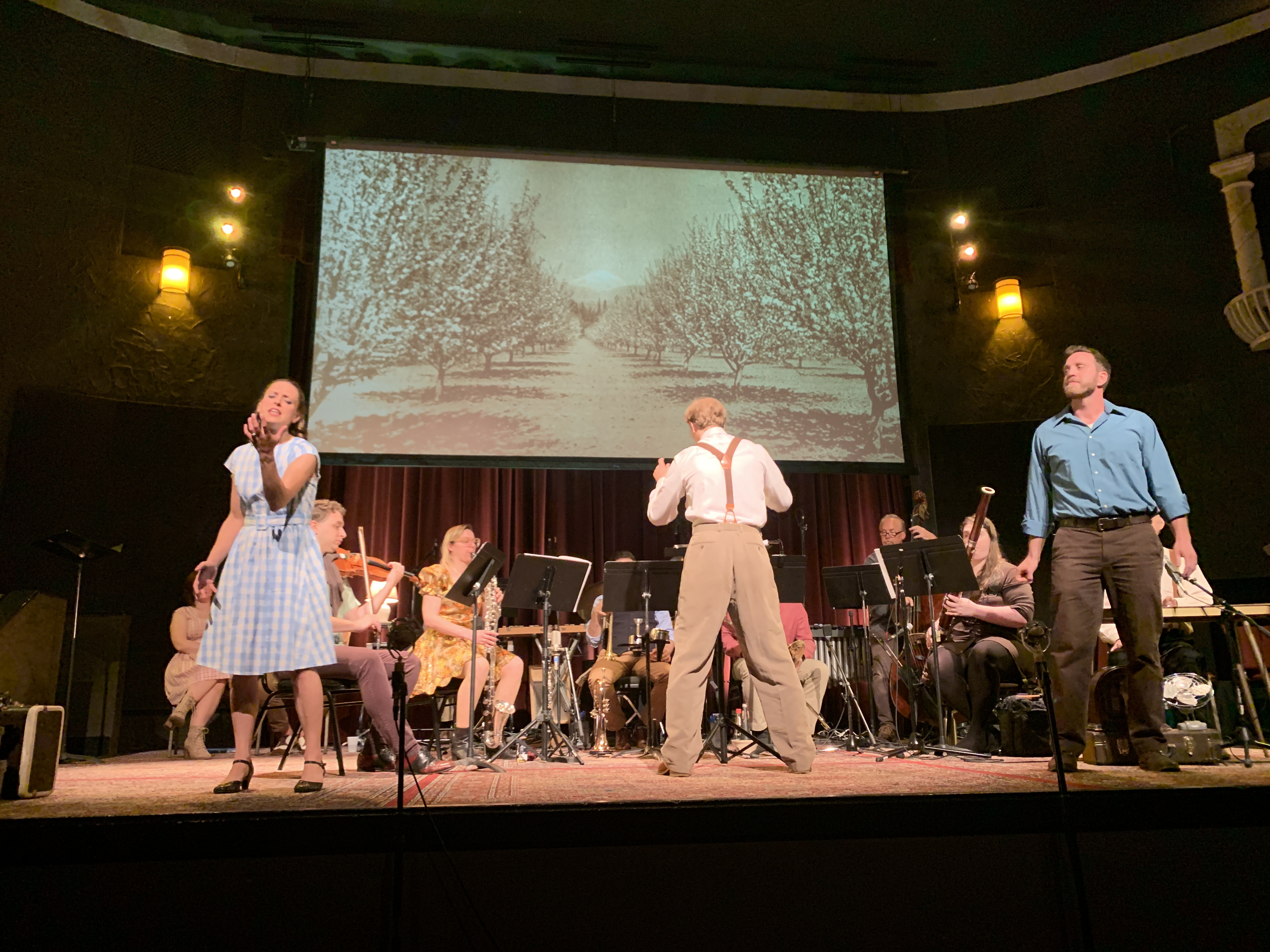 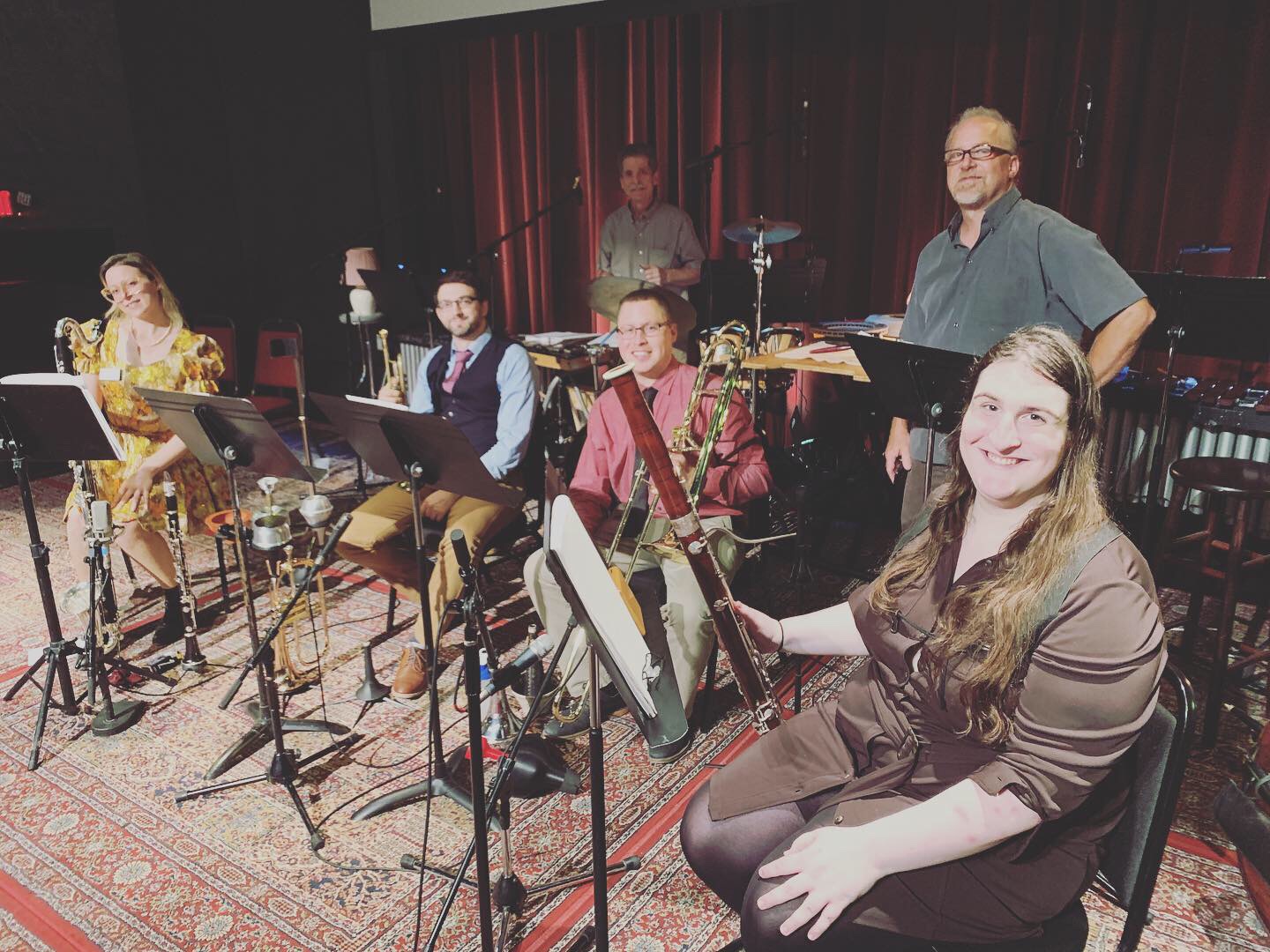 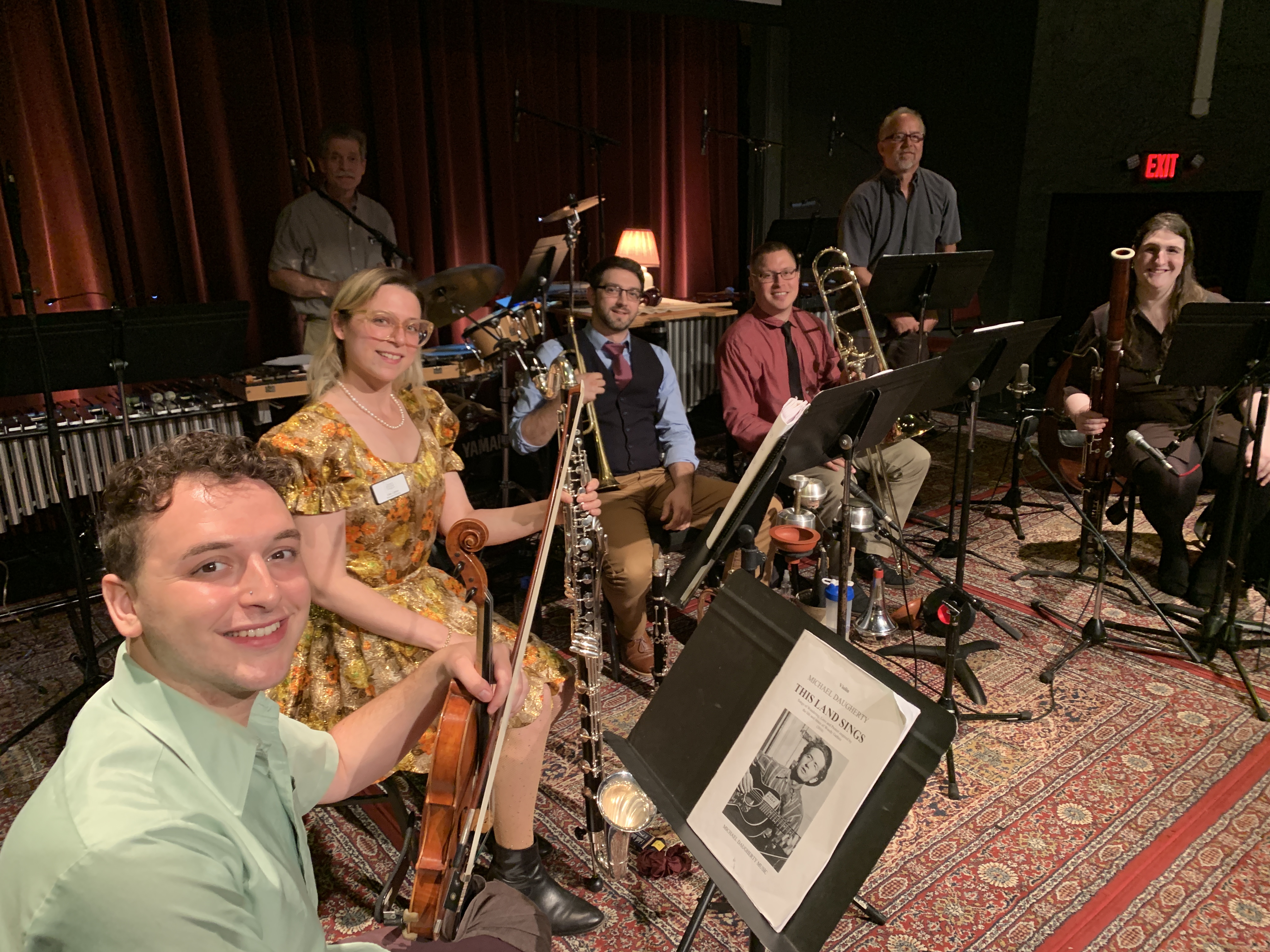 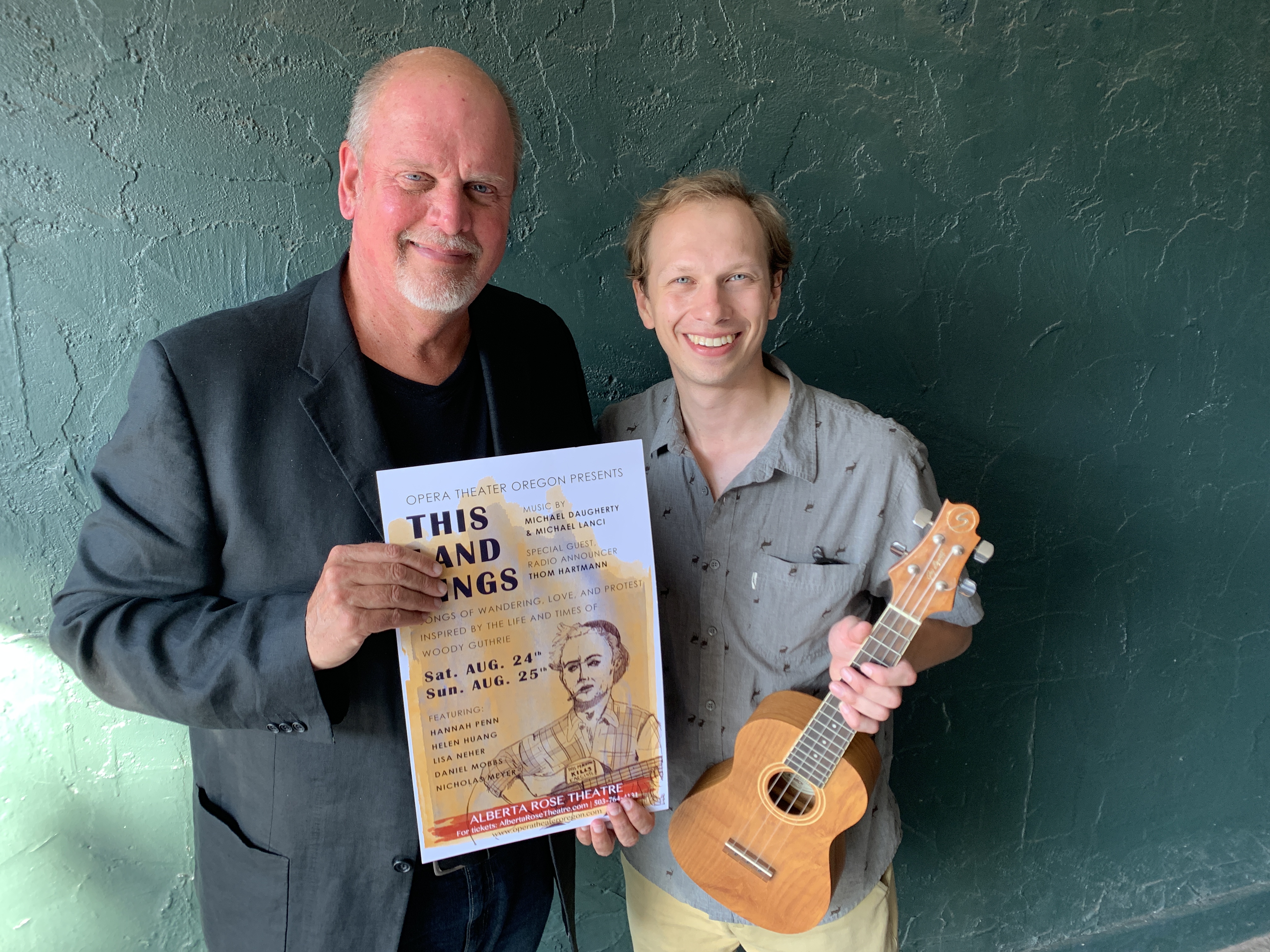 Multiple GRAMMY® Award-winning composer Michael Daugherty was born in Cedar Rapids, Iowa in 1954. He is the son of a dance-band drummer and the oldest of five brothers, all professional musicians.  Daugherty has achieved international recognition as one of the ten most performed American composers of concert music, according to the League of American Orchestras. His orchestral music, recorded by Naxos over the last two decades, has received six GRAMMY awards, including Best Contemporary Classical Composition in 2011 and 2017.

Daugherty’s music has been commissioned and premiered by many of the world’s leading orchestras including the Albany Symphony, Baltimore Symphony Orchestra, Bournemouth Symphony (U.K), Detroit Symphony Orchestra, Nashville Symphony, National Symphony Orchestra, Pacific Symphony, Philharmonia Orchestra (London), Pittsburgh Symphony Orchestra, the Philadelphia Orchestra, RAI Symphony Orchestra (Milan) and San Francisco Symphony. As a young man, Daugherty studied composition with many of the preeminent composers of the 20th century including Jacob Druckman, Earle Brown, Bernard Rands and Roger Reynolds at Yale (1980-82), Pierre Boulez at IRCAM in Paris (1979-80) and György Ligeti in Hamburg (1982-84). Daugherty was also an assistant to jazz arranger Gil Evans in New York from 1980-82.  In 1991, Daugherty joined the University of Michigan School of Music, Theatre and Dance as Professor of Composition, where he is a mentor to many of today’s most talented young composers. He is also a frequent guest of professional orchestras, university wind ensembles, festivals and music conservatories around the world. 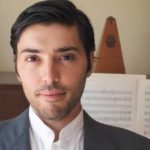 Michael Lanci is a composer and educator currently residing in Brooklyn, New York. His music is viscerally engaging and stylistically diverse, drawing from a wide range of influences. Most recently, Michael was a finalist for the Beth Morrison Projects Next Generation Competition that included the commissioning and premiere of his first opera Crude Capital, based on an original libretto by Ajax Phillips. Michael was also awarded the 2017-18 American Prize for his collection of 5 protest songs dedicated to late nineteenth century singer-songwriter and labor rights activist Joe Hill.

Michael’s works have been performed at festivals such as the Cortona Sessions,  Edmont Fringe Festival, Orford Festival, Detroit Bureau of Sound, Midwest Composers Symposium and the Vox Novus Festival. He has received commissions from the Cincinnati Symphony Orchestra, Beth Morrison Projects,  Beyond Pluck, Unhread-of//Ensemble, Klangpar2, and the Vive! Ensemble. His works have been performed by the University of Iowa Symphony Orchestra, Contemporaneous, Hypercube, All Of The Above, Buffalo Chamber Players, Duo d’Entre Deux, and the Decho Ensemble.

In the 2019-2020 season, Chinese-born soprano Helen Zhibing Huang will create the role of Singa Loh in Jorge Sosa’s I Am a Dreamer Who No Longer Dreams, as well as making concert and operatic debuts in Europe and Australia. A strong advocate for new music, she has participated in workshops for operas including Prestini’s Gilgamesh, Wachner’s REV. 23, and Kirchoff’s Friday After Friday. Miss Huang’s other operatic credits include Baby Doe in The Ballad of Baby Doe, Clorinda in Rossini’s La cenerentola, Amor in Gluck’s Orfeo ed Euridice, la fée in Massenet’s Cendrillon, Poppea in Handel’s Agrippina, Carolina in Cimarosa’s Il matrimonio segreto, and Flora in Britten’s The Turn of the Screw. Her concert credits include Messiah, Creation, Mahler’s Des Knaben Wunderhorn and Symphony No. 4, and Earl Kim’s Where Grief Slumbers. In her spare time, Miss Huang enjoys cooking traditional Chinese dishes, traveling, and making new friends. 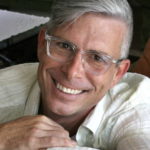 American bass-baritone Daniel Mobbs has won praise on both sides of the Atlantic for his “solid, resonant voice and boundless energy…his stage presence virtually ensured that he was the focal point of nearly every scene in which he appeared,” as written in the New York Times. In the 2019-2020 season, Mr. Mobbs continues his collaborations with Portland Opera, appearing as the title role in the American Professional Premiere of Vivaldi’s Bajazet, as well as in their Big Night concert. He also appears in concert with Opera Theater Oregon. During the 2018-2019 season, Mr. Mobbs returned to Portland Opera as Baron Douphol in La Traviata. The previous season saw his return to Kentucky Opera as the Music Master in Ariadne auf Naxos, the Metropolitan Opera as Kromow in The Merry Widow and to cover Assur in Semiramide, Portland Opera as Alidoro in La cenerentola, and he joined both Symphoria and the Bryan Symphony Orchestra for Verdi’s Requiem.

Portland, Oregon mezzo-soprano and composer Lisa Neher (DMA) thrives in the crossroads of the concert hall and the theatre stage. Trained as a stage actress, she is equally at home in the worlds of opera and spoken theatre, bringing dramatic specificity and committed physicality to her performances.  A contemporary music specialist, Lisa premiered the leading role in Rita Ueda’s chamber opera One Thousand White Paper Cranes for Japan in Singapore and was recently heard at Third Angle’s Music from the Rooftops concert, New Music Gathering in Boston, the Iowa Composer’s Forum, and the International Saxophone Symposium. This fall, Lisa will perform with the Queer Opera Experience, Cascadia Composers, and on the University of Nebraska at Kearney New Music Series. Lisa sings with Resonance Ensemble and is in high demand as a concert soloist. Third Angle Ensemble will premiere her quartet about Oregon tide pools on their October Homecomingsconcert. www.lisanehermusic.com. 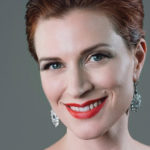 Hannah Penn enjoys a diverse career as a performer of opera, oratorio, and recital literature. Frequently praised for her musicality and the timbre of her voice, Ms. Penn has recently been called “…a major talent”, and “…an intelligent and wonderfully musical singer” by Portland’s Willamette Week. She has sung more than twenty operatic roles with companies around the country. Ms. Penn is a past member of Portland Opera’s studio artist program and also sang her first Carmenwith Portland Opera, which garnered critical acclaim and resulted in a chance to reprise the role the following season with the Teatro National Sucre in Quito, Ecuador. 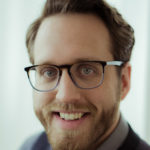 Baritone Nicholas Meyer has been artistic co-director of OTO since 2017 and made his debut performance with the company, creating the role of John Muir in its world premiere production of Two Yosemites. Nicholas was praised by Oregon ArtsWatch for his “whiskey-smooth baritone” and that he “interpreted [Muir] to perfection”. NW Reverb wrote he “superbly captured Muir’s dignity and vision for the great outdoors.” Other operatic credits include Figaro (Le nozze di Figaro), Tarquinius (The Rape of Lucretia), Papageno (Die Zauberflöte), and covering the principal role of Beaumarchais in Corigliano’s Ghosts of Versailles. 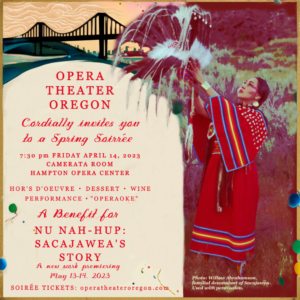 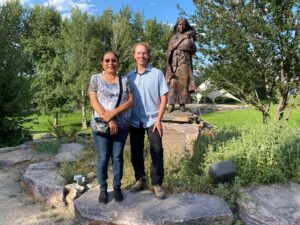